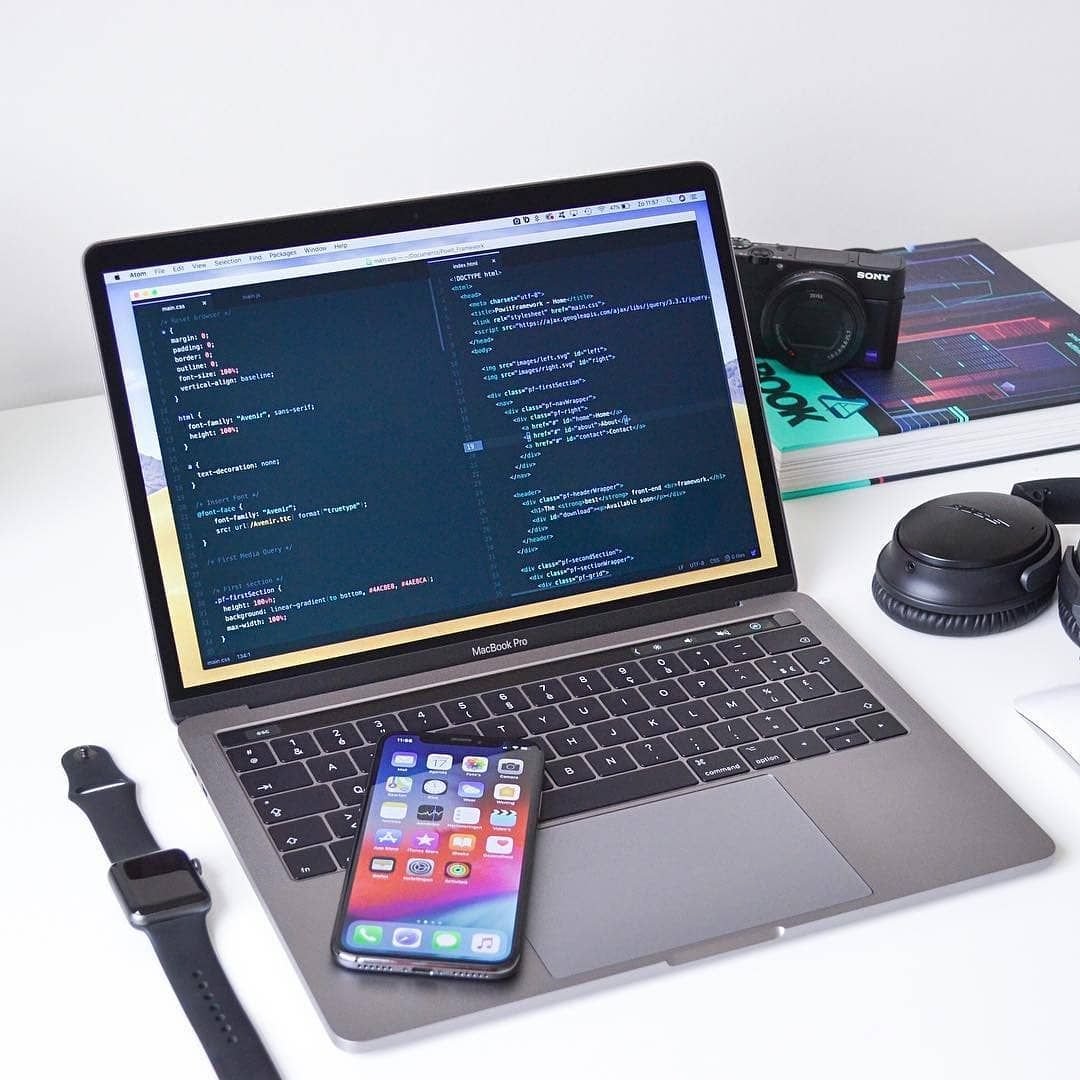 MacBooks aren’t the cheapest computers, and you don’t need one for

programming because you can do the same thing (apart from releasing

iOS/macOS apps) on a less expensive laptop. Many developers continue to choose Macbook after using Windows for a few years.  I have listed a few points which I observed and asked other developers about.

The Apple Ecosystem was by far the most popular response, and I can

see why. Because you’re part of the Apple ecosystem, you can use

Airdrop to instantly share files and documents with others. Assume you

own additional Apple products, such as an iPhone or iPad. All of your

data is synced to the cloud, allowing you to access it from anywhere at

any time. Finally, we developers adore our headphones, and the option

next makes the workflow even easier.

macOS offers a more basic and simplified user interface, which is one of

its advantages. From downloading apps to going through and managing

your files and papers, the experience is remarkably similar to that of

with the hardware. Apple develops its own software and hardware,

advantage over competitors who do not.

MacBooks have a reputation for lasting a long time without breaking

down over time. Some of the engineers I spoke with are still using Macs

from 2016 and 2015! They aren’t Apple aficionados; they simply require

the machine to complete their tasks. They’re just now considering

phased out in favor of the new M1 Macs.

If a machine is going to do practically all of your work, it should look

and feel wonderful. This is something that the MacBooks do better than

nearly everyone else. With their sleek form and metal finish, they are

perhaps the best-looking laptops on the market. The trackpad on these

laptops is another addition to the design. We all agreed that the trackpad

compares. It’s the right size, feels excellent, and responds to a variety of

actions. There’s a reason Apple sells the trackpad as a separate item that

customers can purchase and use with their iMacs and iPads.

MacBooks are excellent for producing web apps, but they are required

for iOS app development. You can design an iOS software without a

MacBook, but if you want to publish it on the App Store, you’ll need

one. You may also run Windows or Linux on a macOS machine, which

may appear strange at first (especially with Windows), but is quite

beneficial. This functionality, on the other hand, does not work in

As a popular machine that is handed to engineers at many firms, it is

fashionable to associate MacBooks with software engineers. Still, you

don’t need a MacBook to be a brilliant engineer. You should also not

feel obligated to get one just because everyone else is. Stick to a system

where you’ll be most productive. Everything said here is merely a

personal opinion, and it was not intended to bring any other machine or

software down. I hope this was useful, especially if you're an engineer

shopping for your first MacBook.